A fountain is often quiet but rarely still. When Sam Pillitteri decided to use the image of his hometown’s fountain as his new winery’s logo, he probably didn’t see the connection to his own life. Now, surpassing its 10 year anniversary Riverview Cellars continues to spring forth; Sam is still at the helm and ready for another 10 years. But the winery didn’t begin with just one man.

Lina worked as a Registered Nurse while Sam worked as an Electrical Designer in St. Catharines. The pair married in 1965, and purchased their current Niagara-on-the-Lake farmland home in 1975. There, they raised daughters Connie, Maria, Angela, and son Michael.

The property came with a small, historic storefront running along the Niagara Parkway which the Pillitteri family maintained as a fruit market. As somewhat of a rite of passage, all of the children helped out on the farm during the summer.

While the girls pursued different careers in different cities, Michael felt a strong connection to the land. Unfortunately, few teenagers at Michael’s age had dreams of growing peaches for the next 50 years

In 1992, Sam redeveloped some of the farm by growing grapes for his brother’s winery. Seeing Michael get older and sensing the fruit market was the past, Sam placed his future in the ground… one vine at a time. Slowly, methodically, the fruit orchard was uprooted in favour of vitis vinifera grapes. By mid-1998, about 6 acres of grapes were planted with plans in place for the remainder of the farm.

While Sam and Lina had a sense of satisfaction from grape-growing, they also thought about opening their own winery. Michael began a Bachelor of Business Economics degree at McMaster University, but returned often to develop Riverview Cellars with his family. Conceiving the new business as a family-project, everyone took on responsibilities.

The sisters developed the Riverview brand. Angela proposed that the winery use the family’s ancestral town-fountain as a logo, inspired by her recent trip to Sicily. Maria’s talents as a designer and decorator were put to use creating the bottle-label template and sprucing up the storefront. Connie championed the name “Riverview Cellars,” upholding the reputation they’d cultivated for years as a friendly, family fruit market. Even though they lived off the farm, they hoped that every part of the business could feel like home.

The plans bore fruit in September of 2000 when Riverview Cellars officially opened.

Today, Sam oversees the business as President and Michael acts as General Manager. You’ll still find Lina helping out in the shop front from time to time — her welcoming smile always encouraging strangers to return as friends. Connie, Maria and Angela are always happy to pitch in whenever they break away from their busy routines. They’re often joined by Michael’s wife Sarah, continuing the family tradition of gracious hospitality. The family and the staff at Riverview Cellars are committed to providing warm, courteous service. Not just for guests, but to set an example for the seven grandchildren who sometimes pop in to say hello: Matthew, Michael, Christopher, Alex, Lucas, Leo and Sophia. 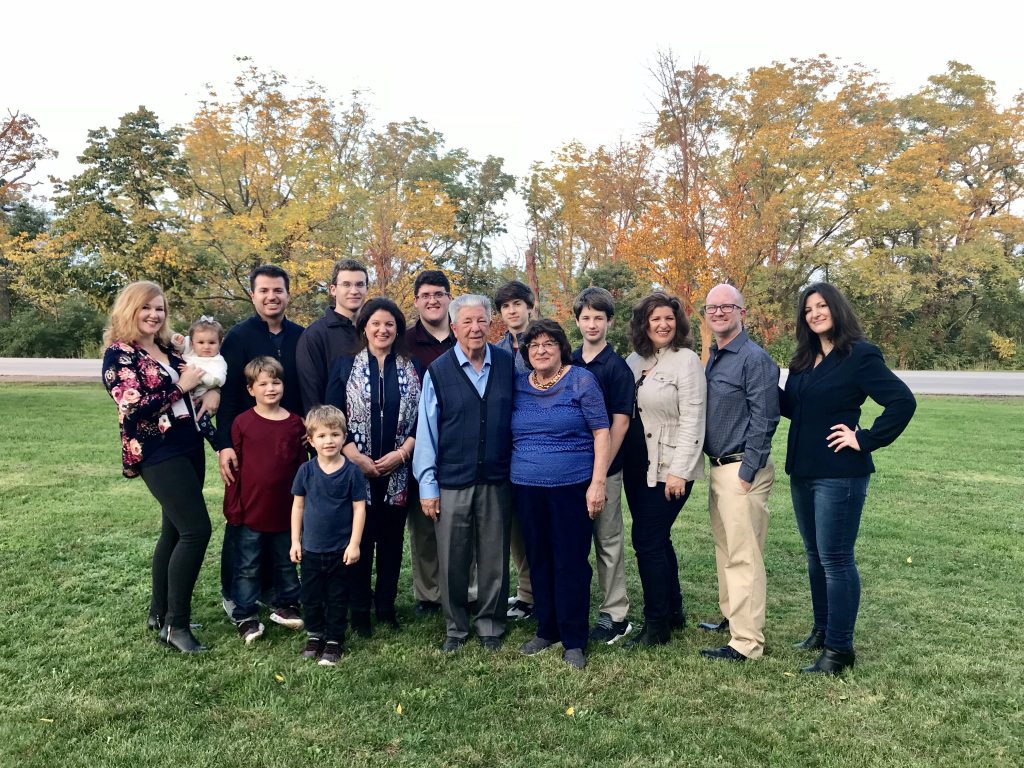